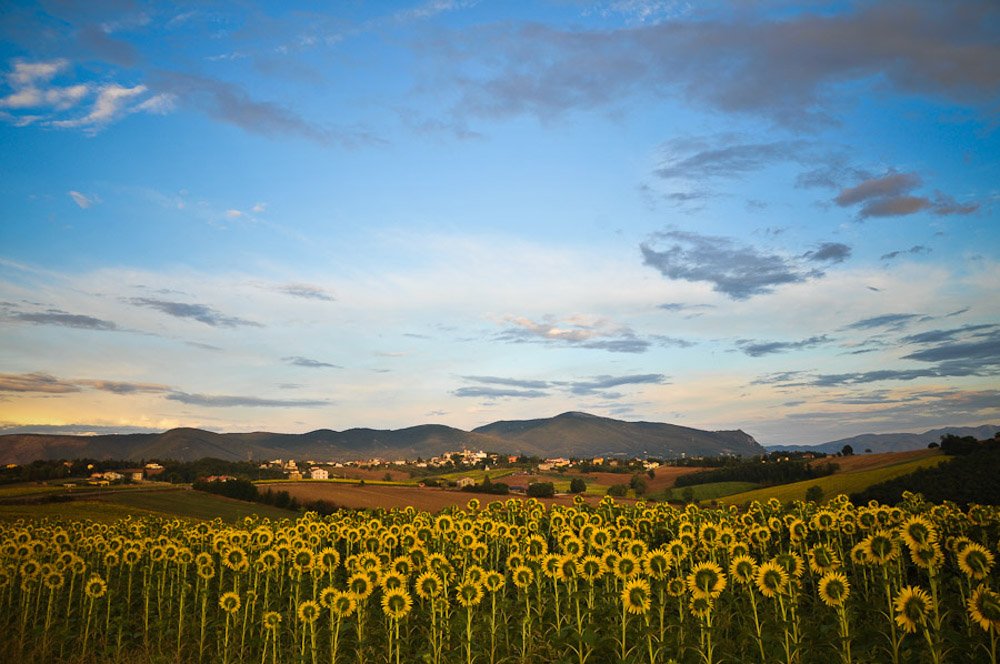 The phrase, taken from a poem by Giosuè Carducci, the subject of which is not Umbria but rather a specific small place in it, the source of the Clitunno river, treasured since Antiquity as a beauty spot. It is to a certain extent appropriate since the modern administrative region is the only one to have neither a coast nor a border with a foreign country, and, except for August and September, is notoriously green.

Umbria ( pronounced OOmbreea !) is a small region of central Italy, bordered by Tuscany to the west, La Marche to the east and Lazio to the south. The region covers 8,456 km² and has a population of 834,000 (2003 census). The region is named for the Umbri tribe, who settled in the region in the 6th century BC. Their language was Umbrian, a relative of Latin.

The modern region of Umbria, however, is essentially a different region of Italy than that bearing the same name in Roman, which extended through most of what is now the northern Marche, to Ravenna, but excluded the west bank of the Tiber. Umbria is mostly hilly or mountainous. Its relief is dominated by the Apennines to the east — accounting for the highest point in the region at the summit of Mt. Vettore on the border of La Marche (2476 m = 8123 ft) — and the Tiber valley basin, accounting for the lowest point at Attigliano (96 m = 315 ft). 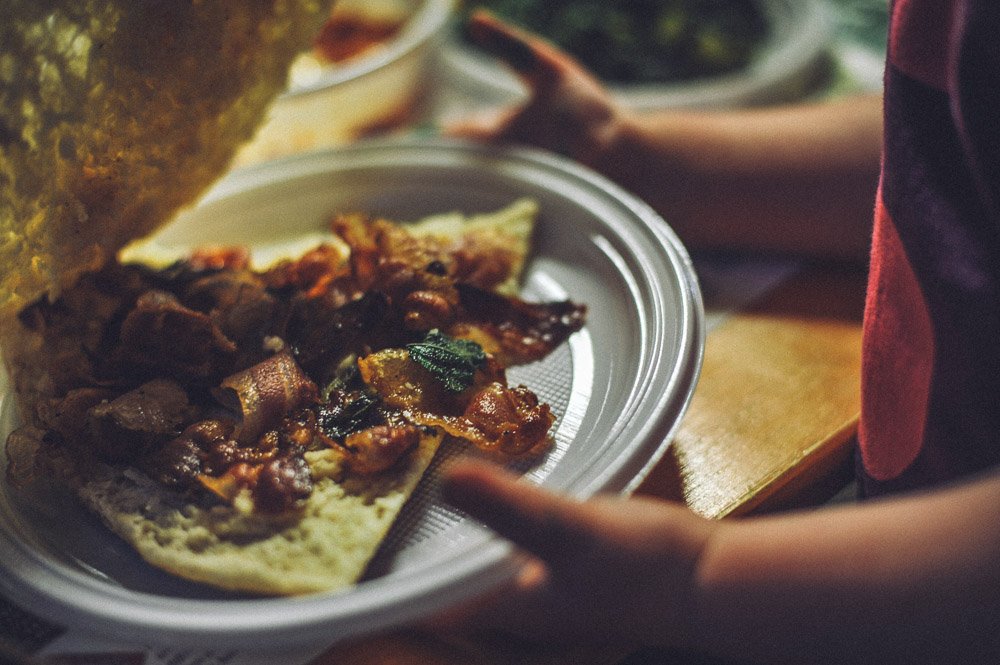 Cooking in Umbria is varied: meat, fish, cereals, vegetables, spices, and herbs are equally important. Umbrian cooking is described as rustic or poor, We think a better description is a clever use of fantastic seasonal produce to produce wonderful dishes.

Whole roast pig, called Porchetta here in Umbria is a speciality, the pig is stuffed with herbs and seasonings and spit roasted. You will come across ‘Porchetta vans’ everywhere in Umbria, by the side of the road, at any market day, any public event and also shops. You can buy the porchetta by weight or more common get a panino stuffed with the wonderfully succulent meat. If you are not too fond of fat or a watching your diet just ask for a panino ‘magro’.

In Umbria, as in most of Italy, they tend to use only produce that is in a season, this means that you are getting food that tastes as it should, and when things come into season it is a joy and a pleasure to look forward to. Pasta, of course, forms the primo of most Italian meals, and in Umbria we have lots of different kinds of pasta that you won’t find on your supermarket shelves. As far as we have found every town and area have a speciality pasta, and each must be served with certain sauces. In Acquasparta and around this area we have a few, the main one is called Ciriole, a kind of thicker spaghetti and also one called picchiarelli, which is typically served in the Taverne during local ‘Sagra’ or festivals both are normally served with a tomato sauce and pecorino cheese.

Soups are also very popular and include “pasta e fagioli” made with pasta and beans, flavored with pork as well as the famous “scafata” soup made with lentils from Norcia. Another very special Umbrian food is the “torta al testo”, a handmade bread prepared with water, flour, salt, pepper and olive oil, cooked on a special marble stone in a wood burning oven. Torta al Testo, which you will also find on the menus at the festivals, is stuffed with ham, cheese, sausage or simply with herbs prepared in olive oil.

Olive Oil of Umbria
Olive oil production, as wine production, has been an important economic resource since Etruscan Times in Umbria. The Umbrian region with its hills, grounds, and climate allow the olive trees to grow and produce superior quality olives with low acidity. The rich and at the same time light taste are the guarantee of a level of quality very elevated and certified by the denominations D.O.P. D.O.C. D.O.C.G. that the largest majority of the producers of the region have earned. In the last ten years, biological cultivation techniques have spread over the fertile land of producers caring for the saving of the environment and for the quality of products such as the Umbrian ones.

Wines of Umbria
The Umbrian landscape and climate make the cultivation of vineyards easier than in other parts of Italy. Clay ground and rich spring waters have been the base of high quality wines since the time of antiquity. A wide range of wines are produced in Umbria including several special DOC and DOCG wines.

Orvieto – Since Etruscan times, this wine has been produced and preserved in tufa caves. Today it is an excellent dry sweet white wine.

Torgiano – This recent production area is specialised in rosé, red wines and spumante.

Montefalco – This wine was produced during Roman Times under the name of “Itriola”. Later it was replaced by “Sagrantino” a world famous wine. A dry red and a “Passito” (raisin wine) is also produced here.

Assisi – Also this area (Perugia, Assisi, Spello) is good for producing red, white and rosé wines. Famous are “Grechetto” and the “Novello”.

Trasimeno – This is a special area of Umbria. Lake Trasimeno, with its climate and hills exposed to the sun, facilitates the production of red and white wines.

Colli Perugini – This area was exploited by the Etruscans and the Romans. The zone continued on the right side of the Tiber, south of Perugia.