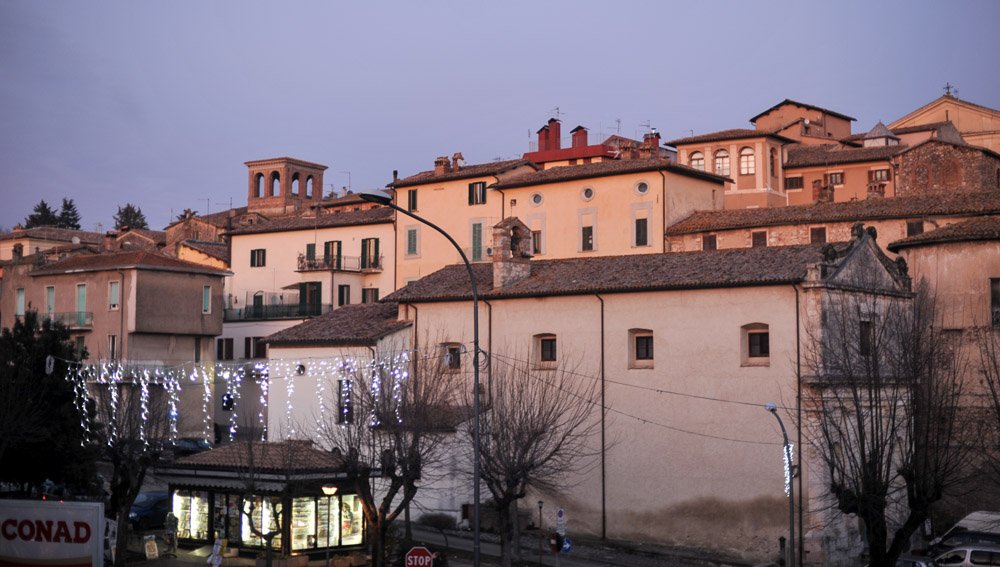 Aquasparta within the Terni district of Umbria has Roman origins as an ancient thermal holiday centre.

Acquasparta, a small town of population approx. 5000 and is situated very close to the better-known towns and cities of Todi, Spoleto, Perugia and Terni, to name but a few. It is a vibrant, alive town with a good range of restaurants, bars and shops and also a good mix of age groups and families.

It is thought that its name derives from the latin Ad Acquas Partas because of its position between the rivers of the Amerino and the Furipane in the Naia valley. Situated on a hill at 350 m above sea level the town faces the Monti Martani mountain range, Acquasparta dominates the valley of the Naia river, a tributary of the Tiber river. Because of its mineral waters from the Amerino and Furapane, Acquasparta is at very pleasant and accessible place to stay.

First knowledge of Acquasparta goes back to the end of the 8th century AD (circa 990), when it entered the Arnolfe lands with Cesi and Sangemini under jurisdiction of the Farfa abbey and of the bishops from Todi in 1278, In 1517 it passes under direct government of the Church. During fueds between the Guelfics and Ghibellines Acquasparta suffered heavy devastation. In 1588 Acquasparta became a dukedom and Federci Cesi its first Duke. His son Federico Cesi II established in the ducal palace the first European Scientific Academy which hosted many famous scientists, among them Galileo Galilei.

The Roman ruins of Carsulae are located along the original Roman road the Via Flaminia, an important communication road of the Empire which joined Rome to the Adriatic sea. This Roman municipality which was founded after the opening of the important consular road (circa 3rd Century BC) was enlarged afterwards not only because of its favorable position along the Flaminia but also due to the beauty of the place, mentioned by Tacitus and Plinio il Giovane and is only 5 mins by car and well worth a visit. And remember all the drives are through the stunning countryside of Italy’s green heart, Umbria.

When you drive into Acquasparta you will arrive at the “centro storico“, which still mantains its medieval structure of narrow streets and alleys together with a renaissance style square and building. The main piazza is Piazza Federico Cesi, which has just (August 2006) been fully restored. Inside the old part of town, the principal building of note is the Renaissance style Palazzo Cesi, started in 1564 and completed in 1579 by the architect Giovanni Domenico Bianchi. The Palazzo is owned by the University of Perugia and is in improving condition.